According to Vuong Hong Sen, author of “the book Saigon of the Past”, in 1912, the French filled a pond, the Boresse, into a solid foundation of 12,000m2 and built a market on it. The market was close to a landing stage (Ben) of the old city (Thanh), hence its name of Ben Thanh. The opening ceremony for the market in March 1914 was a big festive event.

Located at the centre of the city, Ben Thanh Market is always loaded with varieties of goods, such as consumer goods, cakes and candies, food and foodstuff, and particularly high-quality fruit and vegetables. Goods are displayed in a very attractive way that always catches the eyes of the buyers. They meet all requirements for the customers’ daily life or for their families. The market has four gates that are very convenient for the market-goers. For all of its advantages, Ben Thanh Market is one of the most attractive tourist sites in the city for both domestic and foreign visitors. 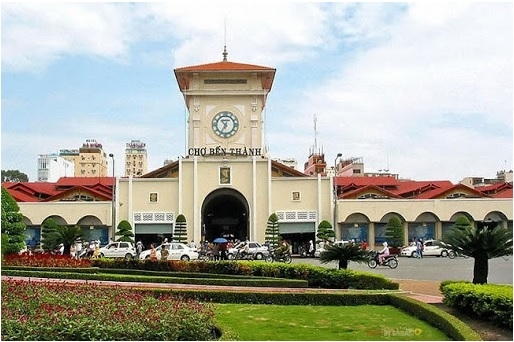 Binh Tay Market, constructed by the French in the 1880s, is located in the centre of Vietnam’s largest Chinatown district. Unlike Ben Thanh Market in District 1, this market mainly serves the local population with its extensive range of fresh fruits, vegetables, poultry, meat and seafood from regions across Vietnam.   Also known as Cholon Chinatown Market, Binh Tay Market occupies a two-storey building along Thap Muoi Street. Travellers can also find an assortment of handicrafts, lacquerware, and textiles that are sold in bulk, though goods are not varied compared to other (more touristy) markets in downtown Hanoi. Along with the interesting historical and cultural aspect of Cholon, Binh Tay Market is great for experiencing the local lifestyle and sampling unique Vietnamese-Chinese delicacies. 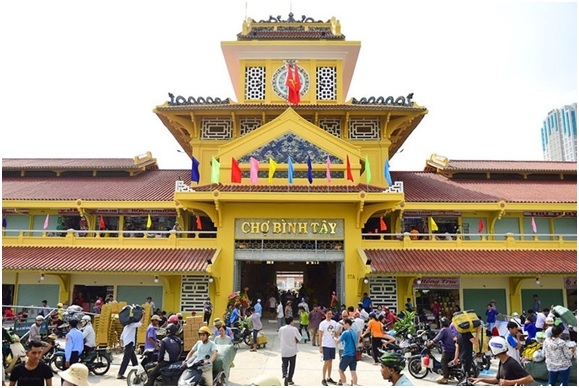 Operated by the government, the museum was opened in September 1975 as “The House for Displaying War Crimes of American Imperialism and the Puppet Government”, focusing on exhibits relating to the American phase of the Vietnam War. Since then, it has undergone many changes and renovations due to the process of normalization of relation between Vietnam and the United States, such as the change to its current name in 1993.

Vietnamese Wars possibly the only thing in mind of foreigners before coming to this nation. Though the country has changed itself and the prejudice has somehow been replaced by a new modern developing image, it’s crucial for tourists to look at the war from a different perspective. And this famous museum is where they can transform an ordinary visit to an intellectual yet remarkable trip.

Nowadays, the museum functions as a place to display devastation of the war between 2 countries from 1961 to 1975. It comprises several buildings storing military equipment, as well as disturbing photographs about the traumatizing consequences of Agent Orange, napalm and phosphorus bombs. There are also pictures about atrocities such as My Lai massacre, a guillotine used by Southern Government of Vietnam. In addition, last but not least three jars of deformed human features indicating haunting effects of the war on the next generations. A number of unexploded ordnances are stored in the corner of the yard, seemingly with their charges removed. Not only does the museum illustrate a phase of painful history, but it also tells unknown stories about war to people, especially to Westerners. Many preceding travelers have failed to hold their tears in front of the pictures here. 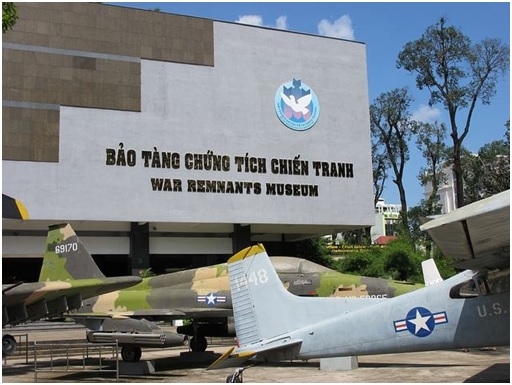 Emperor Jade Pagoda, also known as Tortoise Pagoda, is one of the five most important shrines in Ho Chi Minh City. Built at the turn of the 20th Century by a community of Cantonese who migrated from Guangzhou province in Southwest China, this pagoda is a fine representation of Mahayanist branch of Buddhism that is practiced widely in Vietnam.

Remarks: There is no entrance fee but visitors can make donations. 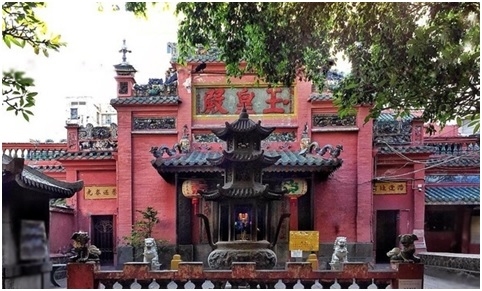 Ho Chi Minh City’s Bitexco Financial Tower & Sky Deck stands 262 metres high at the centre of the city’s business district and offers visitors an unparalleled city view from its Sky Deck. Designed by renowned American Architect Carlos Zapata, this 68-storey tower houses offices, shops, restaurants, and a helipad. CNNGo recently ranked the building fifth in their listing of the world’s 20 most iconic skyscrapers. The structure also received an ‘Excellence in Structural Engineering’ award from NCSEA in 2011 and is currently the 124th tallest building in the world. The main attraction at the tower is the Sky Deck where visitors can enjoy dramatic views across the bustling city below. Sky Deck visitors are accompanied by an English-speaking guide and can also enjoy interactive touch screen fact boxes delivering information on points of interest regarding city landmarks seen from above. 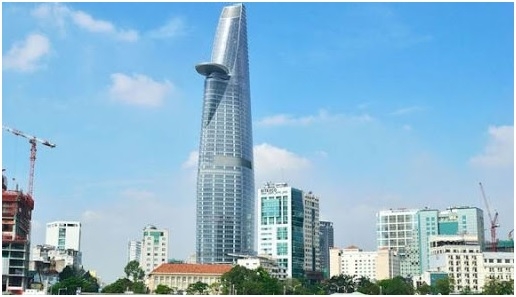 After 1954, Ngo Dinh Diem and his family lived in the Norodom Palace. In February 1963, a dissident launched an air bombardment and heavily damaged it. Diem rebuilt the palace, which was later replaced by another one, called the Independence Palace. It was designed by Western-trained architect Ngo Viet Thu. The construction was undertaken by Saigon engineers and was completed in 1966.

The five-story building consists of 100 rooms and chambers decorated with the finest modern Vietnamese arts and crafts. The ground floor room has a boat-shaped table that was often used for conferences. Upstairs, a room called Phu Dau Rong was where Nguyen Van Thieu received foreign delegations. The residential quarters are in the back of the building. On the third floor, there is a card-playing room. This floor also possesses a terrace with a heliport where a helicopter is parked. The fourth floor was used for dancing, and even had a casino. The most interesting part of the building is probably the basement containing a network of tunnels, a telecommunication centre, and a war room.

At 11h30 on 30 April 1975, the palace was overrun by Liberation Army tanks. Duong Van Minh, who was president at that time, together with his 45-member cabinet, surrendered unconditionally. After the liberation of Saigon, the Independence Palace was turned into the Headquarters of the Municipal Military Administrative Committee. In December 1975, the palace welcomed a conference for national reunification. To mark the historical significance of the event, the building was renamed Thong Nhat Conference Hall (Reunification Conference Hall).
Opening Hours: Daily 08:00 – 11:00 & 13:00 – 16:00

Remarks: Guests can buy tickets at the main gate, located on the east side of the palace gardens. Security will check your bags for safety reasons. Free guided tours are available in English, French, Japanese and Chinese. The palace is on Nam Ky Khoi Nghia Street, close to the Ben Thanh Market. 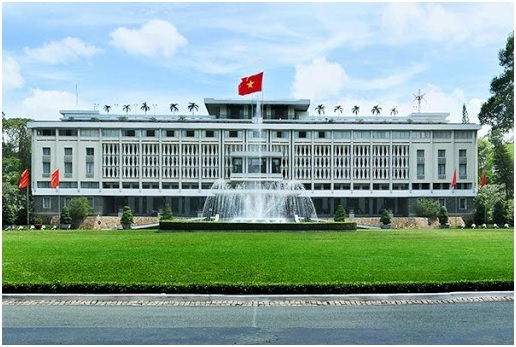 The Central Post Office in Ho Chi Minh is a beautifully preserved remnant of French colonial times and perhaps the grandest post office in all of Southeast Asia. Located next door to Notre Dame Cathedral, the two cultural sites can be visited together and offers visitors a chance to imagine life in Vietnam during the times of the Indochinese Empire. The building was designed by Alfred Foulhoux and features arched windows and wooden shutters, just as it would have in its heyday in the late 19th Century. 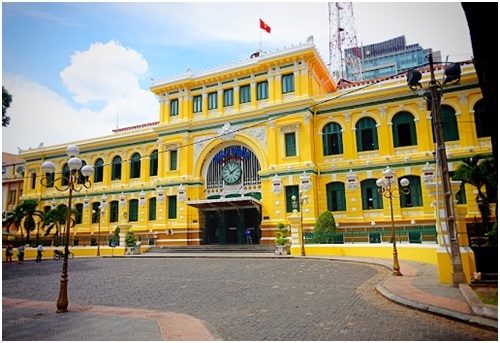 Saigon Notre Dame Cathedral, built in the late 1880s by French colonists, is one of the few remaining strongholds of Catholicism in the largely Buddhist Vietnam. Located in Paris Square, the name Notre Dame was given after the installation of the statue ‘Peaceful Notre Dame’ in 1959. In 1962, the Vatican conferred the Cathedral status as a basilica and gave it the official name of Saigon Notre-Dame Cathedral Basilica. Measuring almost 60 metres in height, the cathedral’s distinctive neo-Romanesque features include the all-red brick façade (which were imported from Marseille), stained glass windows, two bell towers containing six bronze bells that still ring to this day, and a peaceful garden setting in the middle of downtown Ho Chi Minh City District 1. 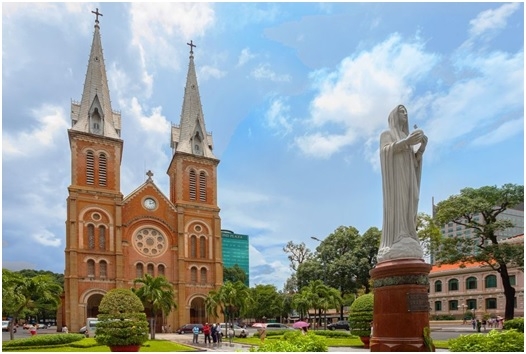 Mariamman Hindu Temple is a sacred Hindu Temple dedicated to the goddess of the Rain ‘Mariamman’. This temple was built in the late 19th century by traders coming from India and has been well preserved. This complex is the only Hindu temple in Saigon and is believed to have miraculous powers giving luck and wealth to its visitors. The outer wall of the Temple has a collection of interesting statues of different gods and goddesses like Mariamman, Vishnu, Brahma and Ganesha. The main hall of the complex (The Rajagopuram) stands twelve metres tall and inside you find a well maintained statue of Mariamman flanked by her protectors ‘Maduraiveeran’ and ‘Pechiamman’. If you would like to enter the Mariamman Hindu Temple than do not forget to take of your shoes and dress appropriately. To favour the goddess of the rain you can also take some offerings such as joss sticks, jasmine, lilies and gladioli. These can be bought in front of the entrance. In the near vicinity of this temple you can also find Ben Thanh Market. 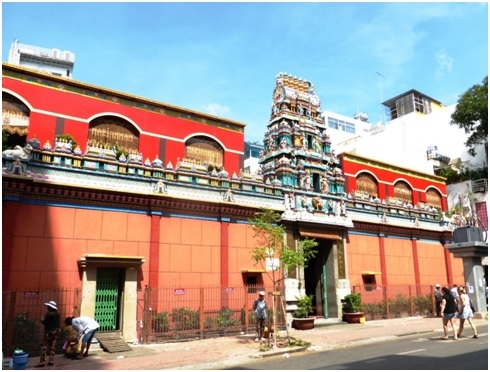 Cu Chi District is known nationwide as the base where the Vietnamese mounted their operations of the Tet Offensive in 1968.The tunnels are between 0.5 to 1m wide, just enough space for a person to walk along by bending or dragging. However, parts of the tunnels have been modified to accommodate visitors. The upper soil layer is between 3 to 4m thick and can support the weight of a 50-ton tank and the damage of light cannons and bombs. The underground network provided sleeping quarters, meeting rooms, hospitals, and other social rooms. Visiting the Cu Chi Tunnels provides a better understanding of the prolonged resistance war of the Vietnamese people and also of the persistent and clever character of the Vietnamese nation.

Remarks: Guests can buy tickets at the main gate; including free guided tours are available in English, French, Japanese and Chinese. 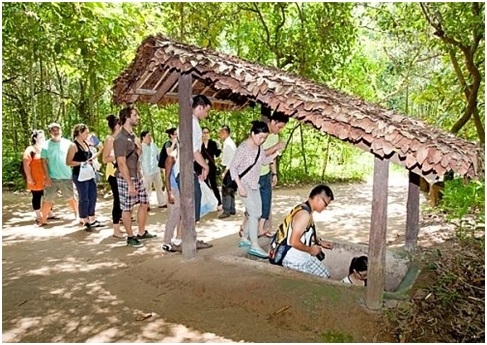 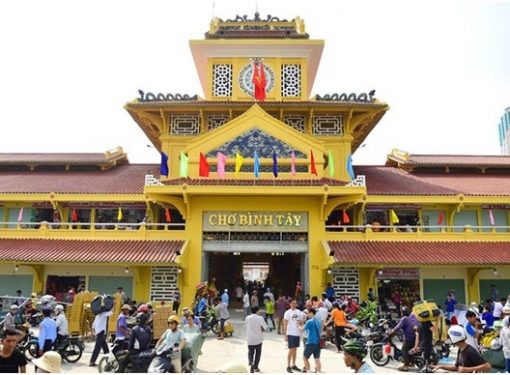 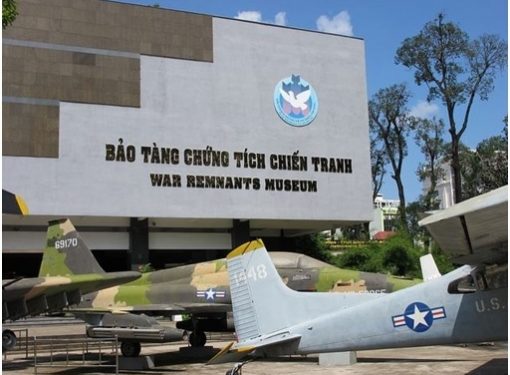 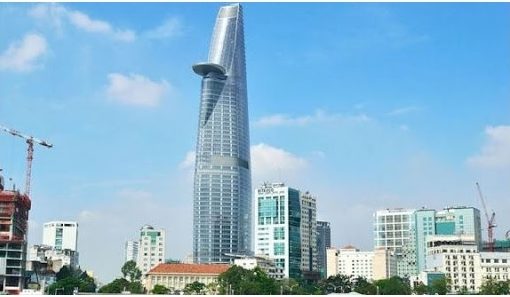 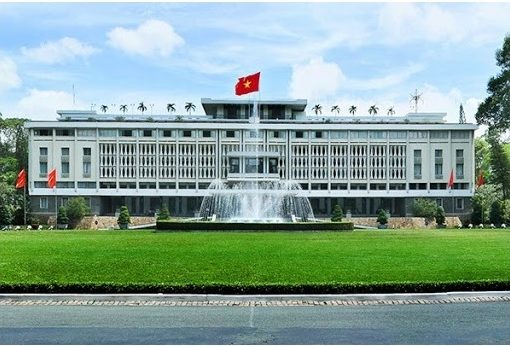 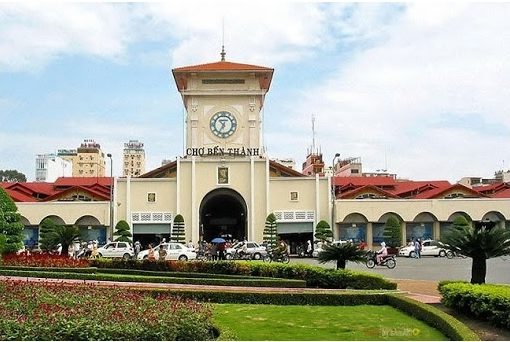 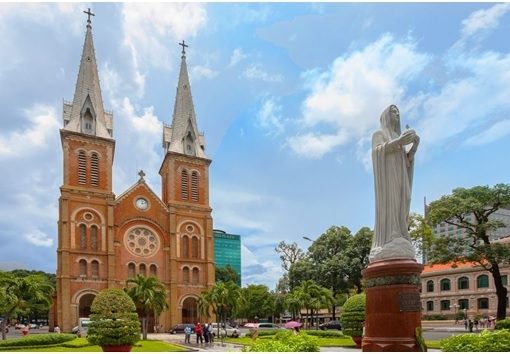